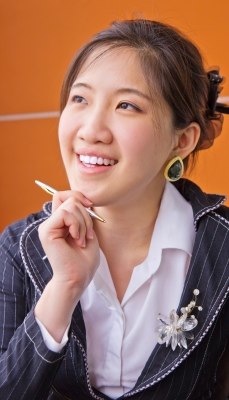 A reader sent in a question about -ing words:

“OK, you said no question was stupid. So, I have been told not to use ing words in fiction writing because it is not the right tense. Why?”

Have you heard this advice? Have you wondered about it?

We use words that end in -ing all the time. The expression “fiction writing” in the question above contains one. Why and when should writers avoid them?

How could an -ing word not be the “right” tense unless (obviously) it’s used incorrectly?

Let’s check it out.

Verbs or verbals that end in -ing are common, and they serve many purposes. Running, breathing, drinking, sleeping, writing, and imagining are just a few examples.

She was running every morning.
Running in the darkness, she twisted her ankle.
Running was a regular part of her morning routine.
She had to take a break from running.
The running girl, an apparition in the morning fog, suddenly disappeared.
She is running again now.
She’s always running from her problems.

Out of any particular context, these sentences are fine, and the -ing words are used correctly. So what could be wrong with them?

Words that end with -ing have a variety of functions. They’re called participles (and a few other confusing terms), and they’re a big part of the English language.

When combined with auxiliary (helping) verbs such as to be (am, are, is, was, were, been, etc.) and to have (have, has, had), among others, -ing words (present participles) express ongoing action. Note that it’s the auxiliary verbs that change the tense.

She is running daily now.
She was running every morning.
She will be running tomorrow.
She has been running for three hours.

Verbs that end in -ing can be used as nouns and even subjects of sentences. These are called gerunds.

Running was a regular part of her morning routine.
Running can be hard on your knees.
Eating breakfast can be helpful for many runners.
Sleeping is what I’d rather do.

Gerunds are useful because they point to the essence of an action—the concept or thing-ness of it—rather than the action in performance.

I run (action underway), but running (action named by a gerund) is my passion.

In this case, a verbal such as running expresses the concept of action as any verb does. Its job in this case, however, is to modify (describe) a noun or pronoun.

The running girl, an apparition in the morning fog, suddenly disappeared. What kind of girl? A running girl.

Avoid too many “useless little words” by examining -ing words.

As you can see, -ing words are a valid part of the English language, and we’ve only looked at the basics.

Helping verbs add little meaning on their own; they only serve to bolster or add meaning to the main verb.

Use simple present, past, or future tenses for more concise writing.

When we write the way we talk—which is a good thing in blogging and other types of writing—we tend to use easy, common words.

While telling a story to your friends, you supplement with gestures, facial expressions, and tone of voice to get your message across. An image dances across your mind:

Man, she was really running down the street like a maniac!

You describe the action in the progressive because, in your mind, it’s happening at that moment and ongoing (though you know it’s in the past, in this case, so you choose past progressive).

That sentence may be dramatic and effective in casual spoken English. But in writing—even casual writing—“was really running” can be improved.

Use a more powerful verb in the simple past tense

Instead of Man, she was really running down the street like a maniac!

Mascara was running down her face as she blew her nose.

Improve that sentence by using simple past tense or a stronger verb:

To identify overuse of -ing words in your writing, try this:

Practice identifying -ing words, and eliminate those that introduce too many “little words.” Replace weak or common -ing words with specific, stronger word choices. Your writing will become more concise, clear, and engaging.

Just remember, not all -ing words are bad, and it’s not about tense (all those little words determine tense in the progressive form).

The issue is whether the -ing word (usually the progressive form) is the best choice. Think of them as an inspection flag and decide whether they pass or fail.

Previous Post: How to focus on writing: 5 tips that work

Next Post: 15 divine devices to drastically improve your writing