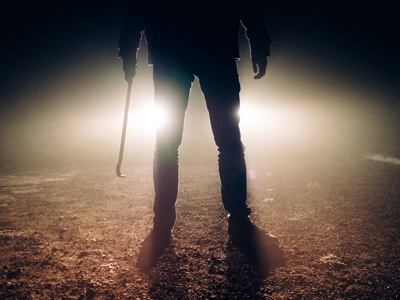 Do you worry about ebook theft or someone stealing your writing or ideas? Lots of writers worry, especially early on.

I remember a short story class in college and some students who were so anxious about stealing and copyright issues they were afraid to share their work with critique partners or read aloud.

And some writers are afraid that a thief is gloating over the gold coins—their hard work—pouring out of a slot machine on the other side of the NaNoWriMo word counter.

The same fears are echoed in online writers groups and even the groups closer to home. And I understand the concern.

Are you afraid someone will steal your ebook?

Just a few days ago, I did a search for one of my recent ebooks to see whether it was up on retail sites via Smashwords distribution service. I forget the keyword combination I used, but suddenly I was staring at a page with my book and another one with the same name.

How odd, I thought. I had already searched for that title to see if anyone else was using it, and nobody was, that I could see anyway. Not that it matters. Titles aren’t generally protected by copyright anyway.

The book cover looked nothing like mine except for an image of the US Capitol building. The title was The Final Resistance, minus the “2036,” and a cover blurb was a dedication I’d used inside the book. (I’ve changed it since, and that added to my confusion.) Plus the book description on Amazon was identical to mine. And on top of that, when I looked at the sample, it was my exact formatting and my exact writing!

Someone downloaded my ebook and wrapped it up in a new cover with a fake author name on it.

So it wasn’t even plagiarism; it was outright theft. Pirating, as it’s called, and it’s common.

I looked at the author’s other ebooks, and dark, shoddy covers made most of them look similar. But unlike other authors, there was little relationship in design or genre. I read the author bio, and it seemed vague and didn’t seem to match what the woman in the photo might write. “Romance” was supposedly this author’s focus, but my ebook isn’t romance, nor were some of the others.

I quickly wrote a post in a Facebook group I belong to. And with the help and support of a bunch of savvy fellow writers, we figured it all out.

Turns out the “author” was a total fake who had stolen the work of a dozen authors and repackaged it. One of the books had a review from an irate buyer who complained that the story was suddenly chopped off. Yes, that’s what samples do. I felt sorry for her.

Even the bio was stolen from another author—word for word. I popped a few sentences in Google, found the rightful author and her Facebook author page, and messaged her. She was shocked.

Plus I tracked down the author photo. I used Google Search by Image and found it on Getty Images. The photo license costs $575.00 USD, but I could see the photo was cropped right where the “Getty” logo was placed on the photo. So that was a rip-off, too.

My fellow writers and I were in various states of surprise, anger, and disbelief mixed in with plenty of laughs and advice. Once the initial shock wore off, though, I wasn’t too worried about it.

Don’t worry too much about ebook theft or someone stealing your ideas or writing.

Here’s why you (probably) shouldn’t worry.

First, real writers have no desire to steal other writers’ ebooks or ideas. Most writers are too in love with their own characters and their own ideas to bother with yours. Sure, there’s fan fiction—think Fifty Shades trilogy, which is based on the Twilight series of novels. But it’s not plagiarism or even similar to Twilight, at least not on the surface. (You have to know the Twilight books pretty well to see the blatant bits.)

And sure, writers get inspiration from other writers or even write something on the same subject or with a similar character. But real writers want to communicate in their own way, in their own style, and that’s why many of us are so protective of our ideas.

Second, the chance of anyone making any serious money from an outright theft is close to zero. The thief won’t be able to do any necessary marketing, for starters. And in my case, stealing novel samples of only 15-20% of the full story will only result in angry reviews, and that will stop sales right away.

Plus, if someone steals sections of someone else’s work and uses it in a story or maybe changes words around enough so it doesn’t look like plagiarism, what kind of writing will that be? Lousy, guaranteed. Maybe he or she will make a few bucks, but that’s about it.

There may be exceptions, so if you know of any, please share in the comments.

Finally, what if someone does use your original idea and makes a success of it? Concepts and tropes and themes are repeated over and over because we write about the human condition. Plus, readers enjoy the familiar, and plenty of stories are similar—think of romance novels and the common dilemma of a woman torn between two men. Variations are repeated over and over again. What’s different about yours?

Your way of writing is unique and yours alone. It’s inimitable. So don’t worry too much about other people stealing your ideas.

What should you do if you’re a victim of ebook theft?

I’m not a lawyer, and my situation wasn’t serious enough to even consider legal action, but here’s what I did.

I sent a brief email via the general contact link for self-publishers on Amazon. Then one of my writer friends found a specific link for copyright issues, so I wrote again. Since my publication date was before that of the stolen book, I figured I wouldn’t have to provide much proof. Plus, my name as a writer is all over social media and the Internet and has been for years. This other “writer” doesn’t come up anywhere, not as a writer, anyway. That was on Saturday.

Monday afternoon, I had a friendly email from an Amazon Copyright/Trademark Agent who informed me that the book was removed though it might take several hours to show. But when I looked, it was already gone, and so were the rest of them. Good job.

I’m sure there will be thieves and pirates trying to make a dime off that book and others. But I doubt I’ll have much to worry about.

If you’re concerned with ebook theft or a more serious situation, here’s some helpful information. Each article has a different perspective and tips.

Has Your eBook Been Pirated? What To Do: Step 1 Suggestions from an intellectual property attorney

Are You Worried Your Ideas or Work Will Be Stolen?

Previous Post: How to write and publish a short novel in just 30 days

Next Post: Five Common Writing Problems Copyeditors Fix — And You Can Too