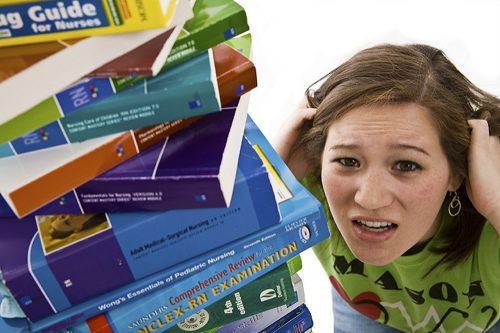 If you’re like a lot of writers—and I suspect you are—you might not be sure how to use ellipsis points, also known as suspension points or simply ellipses.

They’re the “three dots” that mean … well, lots of things.

Even the spelling and meaning can be confusing.

Ellipsis (singular) can refer to an omission of words, a phrase, or even an entire paragraph or more from a quotation. It’s not often used that way, however.

I deleted that ellipsis and replaced it with an em dash.

Ellipses (plural, with an e instead of an i) is the plural of ellipsis. It’s the word we use when we refer to the punctuation mark in general.

Are you familiar with ellipses?

Suspension points are the same three dots as an ellipsis, but they’re used to indicate hesitation or a trailing thought. “Ellipsis” and “ellipses” are usually used to refer to suspension points (which is just a geeky grammar expression), but keep the different purpose in mind.

Ellipses can be confusing.

One reason they’re confusing is because we see them used in so many different (often incorrect) ways. And since they’re not an essential punctuation mark like a comma or a period, we don’t often need to use them. Unless, that is, we’re writers. But if you wanted to be a writer who never uses ellipses, you could probably get away with it.

But ellipses are useful.

Just a week ago, a Simple Writing subscriber emailed and asked for help with ellipses. She wrote:

I’ve searched the internet for an ellipsis example, but I couldn’t find one like this. Would you mind letting me know which way is the correct punctuation?

John nodded. “Kathy Mitchell is no more than . . .” he recalled how she’d kissed him and left him stranded, “a distant memory.”

Before I show you how I re-did those sentences, let’s look at the Dos and Don’ts regarding ellipses, according to The Chicago Manual of Style (CMOS). That’s the style guide I use and the style guide preferred by fiction editors and publishers (and most bloggers would do well to follow it).

Keep in mind, however, that the AP Stylebook (for journalism and news media) prescribes a slightly different style for ellipses. So, to keep things simple—and since anyone reading this is likely a fiction writer, freelancer, or blogger—let’s stick with CMOS for simplicity.

Note: These tips apply specifically to US English conventions for ellipses, not British. Although the two aren’t very different, there are some differences.

1. DO remember that an ellipsis always consists of three dots.

Not four, not two, nothing but three. Confusion arises, however, since an ellipsis can sometimes follow a period, which makes it seem like four dots. But ellipses always contain three dots (periods or full stops).

2. DO use spaces before, in between, and after the three dots.

Horatio is planning to . . . well, he’s dreaming of living on a tropical island.

Your word processing app (MS Word, Mac Pages) will create one when you hit three periods in a row without spaces. Or you might need to use a keyboard shortcut. For Word, [Ctrl + Alt + .] should work, among others. On Mac Pages it’s [option/alt + ;].

Horatio is planning to . . . well, he’s dreaming of living on a tropical island.

Horatio is planning to … well, he’s dreaming of living on a tropical island.

The precomposed glyph is not a “true” ellipsis, as you might have heard. Three dots/periods/full stops with spaces between them are not a true ellipsis, either. There is no such thing as a “true ellipsis.” Remember, personal computers have only been around for a couple decades, and ellipses were in use even before Shakespeare used them.

4. DO use an ellipsis to indicate a missing word or words in a quote (or even sentences and paragraphs).

Be sure the sentence remains grammatically correct.

As Maya Angelou wrote, “I’ve learned that people will forget what you said . . . but people will never forget how you made them feel.”

5. DON’T use an ellipsis at the beginning or end of a quote to show that there’s more before or after the part you quoted.

Whether you quote a couple of lines out of the Magna Carta, the US Declaration of Independence, or The Hunger Games, you don’t need to remind readers that there’s more. It’s understood that the quote comes from a larger work.

6. DO use an ellipsis to indicate hesitant, faltering, or interrupted speech.

It can also mean dialogue that trails into nervous or awkward silence or an unfinished thought.

7. DON’T use a period with an ellipsis when an ellipsis is used to indicate a trailing thought (as above).

It doesn’t matter whether the sentence is complete or not since it ends for emotional or situational reasons, not stylistic reasons.

The period goes at the end of the sentence without a space (in the usual way). Then the ellipses (which makes it look like four dots, but it’s only three). Then start the new sentence, as in this quote from Edgar Allan Poe’s The Tell-Tale Heart:

“You fancy me mad. Madmen know nothing. But you should have seen me. . . . I was never kinder to the old man than during the whole week before I killed him. . . . So you see he would have been a very profound old man, indeed, to suspect that every night, just at twelve, I looked in upon him while he slept.”

9. DON’T use ellipses for sudden breaks in thought or dialogue.

Remember, an ellipsis indicates an omission. That means you know what’s missing. With a sudden break, nothing is omitted other than unspoken words; it’s simply a sudden break. Use an em dash in this case.

“Will he—can he—handle living alone of a deserted island?” asked Trish.
“Well, you never know,” I said. “I thought he would—”
“Would what?” she yelled.

If text occurs in the middle of dialogue to explain the break or add information, em dashes are placed outside the quotation marks.

10. DO be careful when using an ellipsis with other punctuation.

This is tricky, so I’ll quote directly from CMOS:

“Other punctuation appearing in the original text—a comma, a colon, a semicolon, a question mark, or an exclamation point—may precede or follow three (but never four) ellipsis points. Whether to include the additional mark of punctuation depends on whether keeping it aids comprehension or is required for the grammar of the sentence.”

This doesn’t apply to periods, just other punctuation. And here’s my advice:

Keep It Simple (KISS). Or “If in doubt, throw it out.” Fiction writers, bloggers, and most non-fiction writers or freelancers don’t usually have to deal with such technical matters. Some writers may need to, however. If you do, keep reading.

If you’re quoting material or getting fancy with your dialogue and using ellipses along with various other punctuation, then you should have your own online membership or copy of The Chicago Manual of Style or other style manual. This is serious stuff, and you should be going to the source (which is why I have a subscription and include so many links).

What advice did I give to the reader who emailed with the question about ellipses?

Although I don’t always respond to requests for free advice, if it’s something I can use for a blog post—and I have time—I’ll jump on it just because I enjoy it. Anyway, here’s my recommendation for the reader who emailed me about ellipses:

Original: John nodded. “Kathy Mitchell is no more than . . .” he recalled how she’d kissed him and left him stranded, “a distant memory.”

Corrected: John nodded. “Kathy Mitchell is no more than”—he recalled how she’d kissed him and left him stranded—“a distant memory.”

Corrected: John nodded. “Kathy Mitchell is no more than . . .” He recalled how she’d kissed him and left him stranded. “She’s just a distant memory.”

And that covers what you need to know about ellipses!

But just a quick note about….casual, “incorrect” use of ellipses. Or…. concerning how people often use ellipses like this….or this……or, oh I don’t know, really casual like this “……OMG! I can’t believe it…..He kissed her…..oh wow!…..I can’t believe it! Did she tell you?” on Facebook or Twitter and other social media.

If your friends aren’t complaining, and a prospective hiring manager or other VIP will never never never see it, don’t worry. Get creative and have fun. Language is for expression, not for worrying about rules.

Just remember: When you’re writing professionally (or in any situation where someone will judge you based on your skills or lack thereof, including email), make sure you get it right.

Comments and questions are always welcome. And if you found this helpful, share!

Next Post: How to Write a Novel: 25 Top Articles