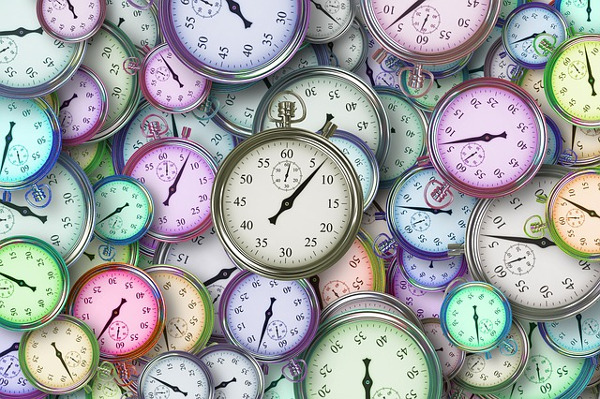 Every day, you make hundreds of decisions in less than five seconds. Many aren’t conscious decisions, like fastening your seat belt, opening a door, putting sugar in your coffee, or saying thank you to the barista. Most of the time, you make decisions without thinking, without consciously choosing. And those decisions are based on emotions.

Right now, at this very moment, millions of writers like you and me have decisions to make.

You search inside for some good feeling about it. Maybe you worked at your day job all day, and you’re tired. Maybe you’re in college and have a paper to write. Or you can’t get the kids to settle down. Your husband or wife, a friend, your mother—they all want attention. Your house or apartment is a wreck, and you just want to crack open a beer or pour a glass of wine and kick back in front of the TV.

Maybe your life is quiet and sedate, and you have plenty of time to write. But you don’t feel like it. You just can’t get into it.

You don’t know why you’re not motivated.

I don’t feel like writing this blog post, to tell you the truth. I just moved to a new apartment in a new town, and I barely have things organized. There’s so much to explore around here, too!

Plus I have a couple freelance jobs I have to finish, and NaNoWriMo starts in exactly 25 hours. Yep, I plan to complete a novel (the rough draft, at least) in 30 days.

I don’t feel like writing. I’d rather arrange my bookshelf or tidy up the kitchen or even, heck. Do the laundry or take the trash out.

How can anything be more important than writing?

My mundane little tasks are not more important than writing. They’re avoidance tactics. They’re resistance to whatever negative feelings I have about writing a blog post. Maybe I’d just get more immediate pleasure or satisfaction from arranging my bookshelf or cleaning the kitchen. Nothing deeper or more complicated than that.

Logically speaking, though, if I sit down and start writing, it’ll only take me an hour if I keep it short. Then another hour to set it up on the blog, write a quick email to subscribers, and post around social media.

I ignored my feelings—they’re just feelings, after all, just emotions—and I sat down. Put my laptop on my lap, opened a fresh Word doc, and got started.

I’ve had an idea to write something about this for a while because I know emotions are behind procrastination or not feeling like doing something. What else could it be? It sure as heck isn’t a big ol’ slimy green monster trying to gobble me up.

Do you need to feel motivated to write? Need a muse? Need a kick in the butt?

No. You need to make a decision. That’s all. Use your brain. Don’t rely on your feelings or outside encouragement.

I read about the “five second rule” not long ago and decided to get the book: The 5 Second Rule: Transform Your Life, Work, and Confidence. It’s not a brand-spanking-new idea or even a new book. But I’ve been thinking like that for years and wanted additional tips.

Let’s say there’s something you need or want to do, and you wish you had the motivation or energy to do it. But you don’t feel like it, and you put it off for some other day. And you do that over and over, maybe even for years.

Where’s that best-selling novel? The freelance writing career and earning $100k annually? The amazing non-fiction book you want to write?

You’ve been frustrated with your lack of progress. You don’t think about it all the time, but it’s like a simmering pot on the back burner of a stove: always there, gnawing at you, making you feel guilty.

Maybe you even hate yourself for not doing the things you want most in your life. Sound familiar?

Wouldn’t it be better to end all that internal warfare and feel the satisfaction of working on and completing your goals? Can you imagine it?

Stop focusing on emotions. Think logically. Use the five-second rule.

Instead of thinking about how you “don’t feel like doing something” and wishing for some magic dust, use a tool.

Start a habit of creating forward movement to get started on tasks or projects you don’t feel like doing (even though you want them done with all your heart and soul).

The five second rule is a tool for making logical decisions and following through. Don’t try to conjure up motivation and will power. Just do it.

Count down to blast off.

Every time you don’t feel like doing something—but you know you must or you want to—take five seconds to count down from five.

Obviously, make sure you have time to do it. Time and space to get into it and make some progress.

Want to get started on a novel or any kind of writing? Make sure you have an hour or two. Don’t know where to start? Just start writing about anything. Get the gears moving, the fire started, the muscles warmed up.

Create an outline. Learn how to make an outline for a novel. Read information on getting started for NaNoWrimo or the best way to organize a non-fiction article, like a blog post.

That’s really all there is to it, but it’s up to you to make a decision. Decide to make a change.

When you report for a job or a class, you arrive on time and do the work, right? Whether you “feel” like it or not. Apply the same attitude to your writing: you have an assignment due every day. Get to it.

Overcoming procrastination or finding motivation isn’t about sitting on your duff waiting for magic to happen. It’s about making a decision.

Wah, wah, wah. I’m no good. I can’t write anyway, so why bother? Nothing I’ve ever written turns out good. I’m afraid. I’m terrified. I don’t know how, and there’s so much I don’t know. What will my mother think? My friends? Bah. Look at this story. This article. I suck.

Just stop thinking like that. Your thoughts create emotions, you know. Set it all aside and take a deep breath. And count down.

Sure, I have to go back and polish it up a bit. Check for errors, typos, and stuff that doesn’t make sense. So what?

What about you? Have you tried this technique or want to? Have any tips or challenges? I’d love to hear from you in the comments.

Previous Post: Writing a Novel in a Month – Time to Prepare!