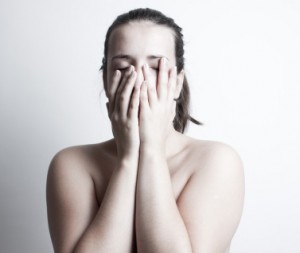 What are you afraid of?

If you’re like most people, you’re afraid of plenty.

Maybe you’re not afraid of flying, crowds, small rooms, or spiders. But other stuff scares the crap out of you.

Can you get up on the roof of a house and spend a few hours patching it? Dig up an enormous rat burrow in your garden and chase the rats away without killing them? Hitchhike across the US by yourself?

Maybe roofs and rats and hitchhiking aren’t a big deal. What about traveling (more conventionally) by yourself? If you’re a woman, especially, that might be a little scary. How about three months in Europe with a railpass, a backpack and a tent, no plan, and a guide to campgrounds around the continent?

Maybe that’s not a big deal, either. How about going back the next summer and spending a few weeks on Corsica when there’s a bunch of terrorism going on and a political figure has just been assassinated?

I’ve done all that, and I have to say the big guns the military police carried in Corsica were nothing compared to driving through the mountains on treacherous roads with countless hairpin turns, no guardrails, and dozens of wrecked cars down below. In a rental car with a stick shift, no less, and I hadn’t driven a stick in about 10 years.

Was I afraid? Oh, hell yeah. My palms were seriously sweaty. But I did it anyway.

That stuff is easy when I think of moving to New York—by myself—from a tiny small town when I was 17. My first part-time college class in the evenings. Getting accepted at university full-time. Getting married. Getting divorced. Buying my own house.

And all that is nothing compared to watching a beloved dog die after a long battle with cancer. Witnessing a cat die suddenly of a heart attack and deflating like a balloon that’s lost all its air. Holding two other cats in my arms, tears streaming down my face, while the vet slipped needles in veins and feeling their bodies go limp. Being present at every step of their cremations.

It’s all scary. Life is scary. But all too often fear holds us back. That includes me.

Doing stuff on your own that nobody really sees is one thing. Doing something personal that anyone can see, on the other hand, is a little different. When it means something to you, when it’s important, it’s like being naked in the middle of a crowd.

People judge, you know. Even if they’re rooting for you and supporting you, they’re still going to make judgments: that was great, she needs practice, or good heavens, that was really awful, poor thing.

Is there anything you’d like to do but aren’t doing because you’re afraid? What about your writing? Does fear hold you back?

All you have to do is do it. That’s the secret. The only way to do something you’re afraid of doing is to be afraid, and do it.

Pretty simple, eh? People will judge you no matter what you do, but that’s their thing, so don’t worry about it. Besides, there’s a reward: you’ll find out it won’t kill you. And you might find you’re pretty good at it.

Blogging is one of those things that’s pretty scary for a lot of us. Was I scared when I first started? Sure—and I already had plenty of stuff published online and in print. I was a reporter for my college newspaper, too, and I’ve had poetry published—really personal topics.

Why was I afraid of blogging?

I didn’t know what to write, for starters. But the big thing was that lots of people were going to see what I wrote. And they would judge. And I was all on my own, not hiding behind the name of a company and providing information only. Poetry…different story. Subject to interpretation.

It’s not a big deal now at all, but it used to be. The next hurdle is videos. Gulp.

Why would I be afraid of doing videos?

I’ve been on stage at college open mikes playing my guitar and singing, and honestly, I’m no great singer. Not even good. Passable, with certain songs. My guitar playing at the time was also no great big deal. Passable. But I did it.

And I even—get this—slapped out the acoustic part on the back of my guitar for Melissa Etheridge’s song Occasionally to accompany a friend who sang. On stage. In front of hundreds. And damn, we got thundering applause that went on forever. And I didn’t screw up, not even once, though I had not one practice session in which I didn’t. Hey, I’m not a drummer at all. I’ve barely even tried on a friend’s drum set a few times. But I did it anyway. And it was great.

So why am I afraid of doing videos? I’ve taught countless classes, though I admit I was a nervous wreck for the first half of the first semester I taught.

I’ve done a few videos already (and tons of screencasts with just voice), so it’s not that big of a deal. It’s not like I hyperventilate or something. But I know a lot of bloggers (and others) are afraid of taking that step and putting their faces out there.

I suppose it all comes down to not knowing who, exactly, is watching.

And not having an opportunity to interact in a more personal way so I can show you what a nice, regular, normal person I am.

It’s all pretty silly, if you think about it.

What are you afraid of? Does fear hold you back from writing?

So many people I know say they’re working on a novel. Or they want to—someday—but they’re not writing anything at all, not even a short story. Not even blogging. Are you?

There are other things that hold us back from writing besides fear. Not knowing where to start is a biggy. It certainly held me back for awhile.

But we have to start somewhere. And it’s easier to start with small steps and a little bit of fear than try to climb a mountain in a day and be terrified.

The only way to get over the fear is to just do it.

It’s the only way to get over any fear. Just do it. Feel the fear and do it anyway. Get naked, show people what you’re about, and do it.