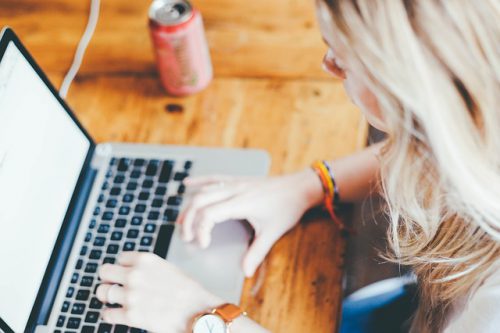 Ghostwriting, as you probably know, is professional writing done for an individual person or company without getting public credit for it.

An autobiography, for example, may claim the subject as the author even if the book was written entirely by someone else—ghostwritten.

In some cases, a writer may get partial credit. An “as-told-to” memoir is a good example. This is similar to ghostwriting; however, the writer works directly with the subject’s own words and edits them into a readable format. Both subject and writer work closely together, and how the writer is paid or whether they receive a percentage of royalties depends on previous agreement.

Ghostwriting novels is more common than you might think.

Commercial, contemporary fiction, especially romance series, are sometimes the product of a paid creative writer whose name you will never know. Novels might even be written by a team of professional fiction writers and marketed under a fictitious name or a company’s imprint.

The Nancy Drew series, by “Caroline Keene,” was written (and still is) by ghostwriters.

James Patterson admits he has used ghostwriters for all but 20% of his books.

Many other authors, both living and dead (believe it or not) use ghostwriters.

Does it matter? Is using a ghostwriter and claiming yourself as the author ethical?

I’m on the fence with it. On one hand, I feel annoyed at the thought of someone like Patterson earning millions from the work of ghostwriters and marketing the books in his name.

On the other hand, aren’t all products like that? If you develop an app or a kitchen gadget based on an idea, you hire developers and engineers to create the finished product, and you profit from their work. Is that wrong?

Even commercial pop music stars rely on the work of others. In the U.S.’s Top Ten Hits of the last two years, none of the songs are written by the performer, at least according to Rolling Stone magazine.

My name is Leah McClellan, and I’m a ghostwriter.

I’m not sure about the ethics or my own values concerning ghostwriting, but I don’t see anything inherently wrong with it.

If we look at books as entertainment—like movies—what’s the problem? A movie or TV show requires the work of many, and it’s rare than any one person gets credit for it except as “creator,” in the case of a TV series. And a movie  based on a famous novel or author will definitely be attributed to that person, but the film production company does not give an author or director a byline per se.

I can’t provide specific details because of a non-disclosure agreement, which is to be expected. But I can share some of the benefits or things I’ve learned.

1. The creative cogwheels work when I want them to.

I’ve always known that when I sit down to write my own stuff, something inevitably comes out. I get into it by deciding to sit down and write. It might be crap sometimes, and I might spend a lot of time researching or toying with a certain sentence. That’s because it’s my own, and I might not be sure where the story is headed or what I’m trying to communicate.

But writing creatively and completing a 1500-word chapter that someone else plotted is different. I don’t have to wrestle with my imagination to create something original because the basics are summarized. So it’s not difficult to get the creative engine revved up.

2. Ghostwriting is easier than writing my own fiction.

It’s professional, not personal. So, if I think the plot should take a different turn or a character isn’t realistic, it’s not my business. I don’t have to worry about it, especially since no one will know I had a hand in it. I just write it the way they want it and have fun.

Of course, I won’t write anything I’m uncomfortable with. I haven’t been faced with that so far, though in some cases my knowledge is limited (I can’t write about military situations, for example, without research). But I can choose according to the chapter descriptions as long as I pick early.

But I have no big decisions to make. Just write the best chapter or section I can—follow the plot and character directions—and I’m good.

Whether you’re writing specific chapters as part of a team or an entire novel, it’s a lot like reading. You get a peek into someone else’s creative process, characters, scenes, and conflicts. But you get to write it, or at least parts of it. How cool is that?

Plus, you can let it go when you’re done. On to the next chapter or book! Your personal investment is much lower than if it were your own, so you don’t have to worry about final editing and proofreading, querying an agent, or self-publishing. You just do a great job with each assignment, get paid, and that’s it.

I don’t often write in first-person, present tense POV (point of view). Obviously, I’m doing it right now, but non-fiction is different. I’m talking to you directly, sort of, as myself. So it’s easy. But in my recent fiction assignments, that’s the only POV I write from.

In a first-person-present POV novel, every thought, action, or explanation at each point is happening now. As told by the character or more than one character. And unless the character is recalling something (in which case you’d use first-person-past POV), you have to get into their heads in a different way than third-person POV requires.

Plus, some sentence constructions are tricky. I’ve slipped into past tense a few times!

It’s a job, and you have deadlines, so you have to work quickly. Well, you could take all day, if you want, as long as you submit on time. But if you want to make money, you have to get to it and get it done.

Pay rates vary, but in my case it’s worthwhile only if I can knock out 1500 words in less than an hour.

At first, I started out slow as I figured out the online system and read other writer’s chapters. Soon, I devised my own system within the guidelines and got faster. Now I set a timer and knock out well-developed chapters at a pretty good clip.

Is a ghostwritten novel any good?

In case you’re wondering, the completed novel isn’t a mishmash of chapters written in different voices by various writers. Writers must follow a particular style and write in an appropriate voice whether it’s sci-fi, contemporary or historical romance, paranormal, or any other genre.

Sure, each chapter will sound a little different, and details might be mixed up. But editors clean things up, put the polish on the chapters, and tie it all together.

You won’t get rich any time soon, but it’s a nice little addition to a freelance income. If you’d like a chance to interview at the company I’m working for, send me a quick email from my contact page above. Include a few words about your writing experience, and I’ll be happy to refer you.

What do you think about ghostwriting? Is it ethical? Does it matter? Share your thoughts below.

Previous Post: The Em Dash and How to Use It Correctly

Next Post: Writing a Novel in a Month – Time to Prepare!