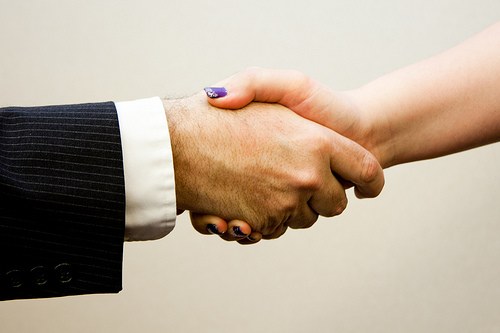 Avoiding gender bias in your writing might be the last thing you’re worried about.

You’re not biased about anything, right?

Wrong. We’re all biased, and sometimes we’re not even aware of it.

“Bias” isn’t necessarily a bad thing, though. It can simply mean having a preference for one thing over another—a leaning, an outlook, an inclination—that’s based on personal preference more than fact.

I enjoy reading almost anything, but I’m biased toward literary fiction.

I love all dogs; my preference for larger breeds is just a personal bias.

My nephew is the cutest kid in the world, but of course I’m biased.

I’m sure you have biases like mine and many more.

Everyone has them because we all have beliefs and preferences. And we’re influenced constantly by other biased beliefs.

Bias is a problem when it creates an unfair, neglectful, hurtful, demeaning, discriminatory, or dangerous situation for others.

And that’s when bias takes on less savory connotations and meanings associated with words like stereotype, prejudice, and bigotry.

Take my own personal biases. My reading, pet, and cute-kid preferences are my own business—unless they influence how I treat others.

As a friend or neighbor, bias could mean disagreeing when parents say their kids are cute and pointing out that my nephew is much cuter. (And I wouldn’t have many friends left!)

We all have biases.

You might be biased about your favorite sports or teams. The type of diet or exercise you prefer. Your university, career or job, neighborhood, city, or native language. Body types in men or women. You might even be biased against introverts or extroverts, marriage or divorce, home owners or renters.

Gender bias affects both men and women in countless ways.

When we talk about gender bias, we usually mean the belief that men are superior to women. But it can go both ways.

Most of us aren’t or don’t think we are, at least not consciously or with a specific agenda.

But the English language—which we learn from others, of course—has been around for a long time. And language reflects beliefs, whether we hold them consciously or not.

Let’s look at gender bias as it concerns women.

Think about it: In the US, women weren’t allowed to vote until 1920, the same year in which wife beating was made illegal. Women weren’t legally entitled to equal pay for equal work until 1963. Women weren’t protected by law for equal education until 1972. And it’s only in the last 50 years or so that women’s participation in the US labor force has grown to well over 50%.

And why not call all human beings mankind?

Well, that doesn’t sound quite as sensible. At certain times in history, “man” was gender-neutral and simply meant human being (sources disagree about details). But as time went on, man came to mean males only unless specified otherwise. And in the last century or so, man has been (and still often is) used to refer to all humans. The same goes for the masculine pronoun “he” whether referring to a man or a woman (though it’s rare now compared to man or mankind).

Does using mankind to refer to all humans make sense?

The cultural landscape of 2015 and the last few decades is different from any other time in history. So why shouldn’t the language change to represent the new reality?

Consider these sentences, both alleged titles of research papers or articles:

“Development of the Uterus in Rats, Guinea Pigs, and Men”

“The Pap test, which has greatly reduced mortality from uterine cancer, is a boon to mankind”

These examples are often used in arguments about men and mankind as gender-neutral terms because they don’t work in all cases. So how can they be used to refer to all human beings when half are women?

But what’s a writer to do?

Know your own beliefs, attitudes, and biases.

If you grew up in a family or neighborhood with clearly defined gender roles and expectations, you might use a lot of gender-biased language without realizing it.

That’s not a big deal overall; it’s your business. But you’ll have to take extra care unless you’re writing for The Art of Manliness or a publication (such as a religious website or magazine) with usage guidelines that require gender-biased language.

Even if you grew up in a family or locale with relaxed attitudes toward gender roles and language, you’re not immune to the influences—and language—around you. Nobody is.

According to Alexa.com, twice as many women as men visit home improvement sites like Bob Vila, Ask the Builder, and This Old House. 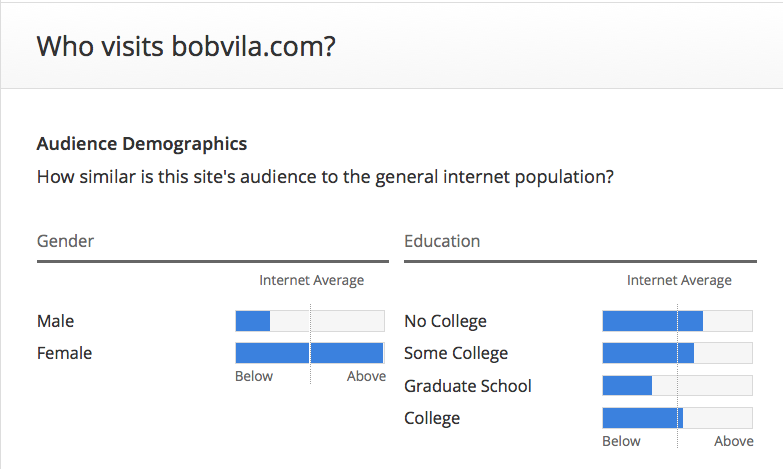 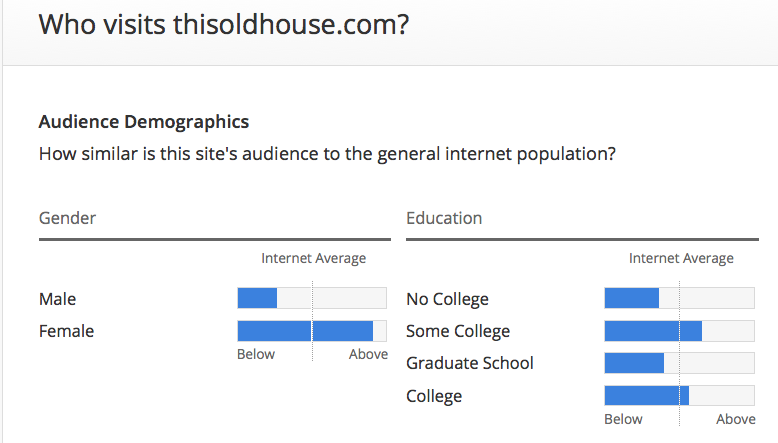 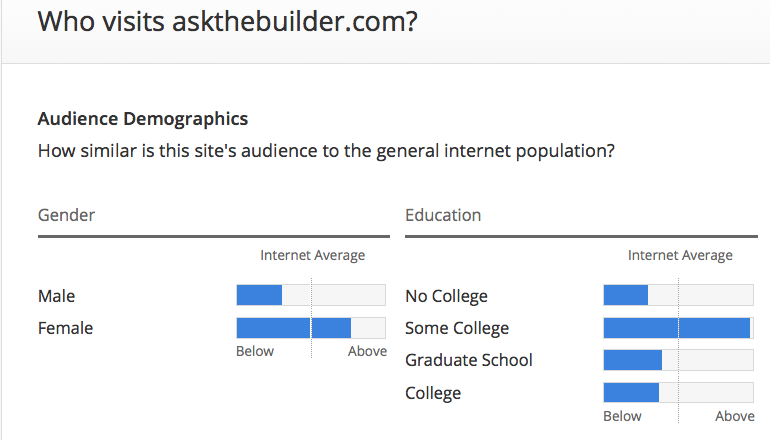 But at one site, The Natural Handyman, the number of male and female visitors are about the same. Why? It’s all in the name. 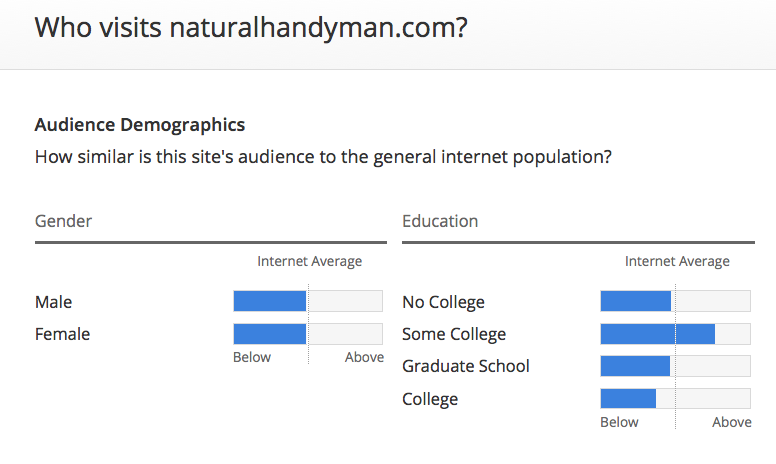 Other factors might be involved such as articles geared to the average woman’s interests and photos or videos that feature women as well as men on the other sites. But the website name—The Natural Handyman—doesn’t encourage women.

Even if the site were attractive and easy to navigate, I wouldn’t bother because I suspect (for no reason other than the name) that women aren’t welcome. Articles will, no doubt, be addressed to men specifically, and they might even disparage women. I’m not comfortable with that.

I could be wrong—and the owner might not realize or care about the impact language has on his traffic. But why waste time when plenty of other sites make a point to welcome women? 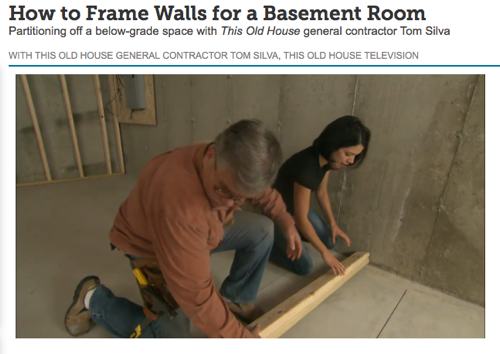 Become familiar with gender-biased language and gender-neutral or gender-sensitive options.

The most common situations in which writers should use gender-neutral language involve job titles and pronouns.

Avoid terms that specifically refer to a female version of a role or job. They often end in -ess, -ette, -ienne or –trix.

Avoid words ending in man or woman (or lady):

Some words, like coed, don’t belong to a particular category.

Coed is almost archaic—Dictionary.com gives a date of birth and death—but I still see it used once in awhile.

Up until the 1970s or so, this term might have been useful or even complimentary for the times. But coed wasn’t in use at my university—I graduated in 1991—and I suggest you avoid it. (Isn’t a woman getting an education a normal thing?)

Most words in the list at this site are standard and recommended almost anywhere, but a few, like “yes-man,” are difficult to replace. “Avid follower” or “supporter” just doesn’t carry the same nuance. Try minion, puppet, suck-up, brown-noser, bootlicker, lackey, or sycophant.

English doesn’t have a third-person singular, gender-neutral pronoun. It only has he, she, or one (which is rarely used). Here are a few solutions.

Use the second person singular “you” to address the reader directly.

As a writer, you should take your work seriously.

This works well, especially in blog posts. It isn’t possible, though, when referring to others who aren’t your reader or if you’re required to use third person only.

A writer should take his or her work seriously.

This can get repetitive if you’re not careful, but it’s usually a good choice. Avoid the slashed he/she or s/he format—it’s stylistically awkward, and readers tend to fill in the missing “or” anyway.

Writers should take their work seriously.

Plural forms are often the best solution. I use them a lot, but be sure it’s the best option for your purpose.

Alternate by using female and male references throughout your writing. You could use a female example in one paragraph, then a male, then a female, and so on.

Use they, them, and their.

A writer needs to write regularly because, if they don’t, their skills will get rusty.

The grammar jury is out on whether this should be acceptable or not. Consult your style manual. I don’t have a problem with it, and I use it sometimes when I’m talking. But I don’t use it in my writing because it can be confusing and, grammar geek that I am, I can’t help but see a disagreement between the singular noun and the plural pronoun. I feel other options are better, even though I know how language changes. (And English should have something for a third person neutral pronoun!)

Plus, in the above example, a plural works just as well.

Writers need to write regularly because, if they don’t, their skills will get rusty.

For more info on both sides of the debate, do a search with keywords “singular they.”

This one is good, too: Gender Sensitive Language.

It isn’t about . . . oh, I don’t know. Pleasing the grammar gods. Being a liberal. A feminist. Or anything else. It’s just about skillful writing that reflects reality and is in accordance with current accepted usage.

No matter what you call it, your writing and language choices need to reflect reality and common practice just as much as they follow grammar and punctuation standards. If in doubt, check your style guide. Google the term. If you’re having trouble, others are too, and you’re sure to find information.

Do you have a tough time with gender-neutral language? Do you disagree with some recommendations? Comments are always welcome. 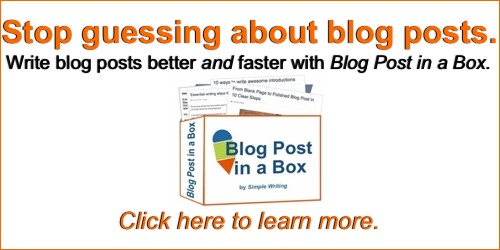 Previous Post: To hell with writing excuses! Flip your switch on 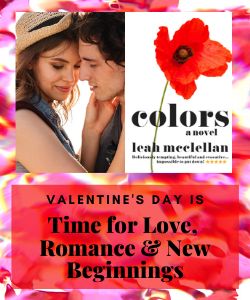