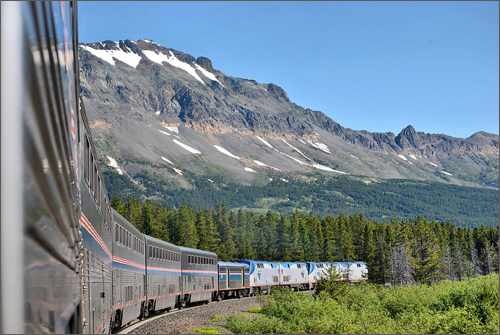 Note: This is a guest post by novelist Cheri Roman. Be sure to scroll down and check out her latest!

Early in my career, the only way to get published was a contract with a traditional publisher. So I wrote my first book and stepped gleefully into Traditional Station, certain that in no time, I’d have my first ticket, er . . . contract, and be on my way. But I discovered, as most aspiring novelists do, that the train is a bumpy, uncomfortable ride with few rest stops and no guarantee of reaching your desired destination (i.e., publication).

So years later, when I was once again offered a ticket, I decided not to board the Traditional Publishing locomotive again. Instead I bought a seat on the Indie Publishing Train. Here’s why.

In the modern economy, there simply isn’t room in the bottom line for a big marketing budget on an unproven product. Ironically enough most books, first novels in particular, need a reasonable budget to succeed, but a traditional publishing house is often unwilling to provide it. They still handle distribution and printing costs, but a successful book requires a great deal more. In many cases, the author is required to provide much of the “great deal more” themselves.

The marketing possibilities have expanded in today’s economy, and they are no longer limited to traditional media outlets where only the big boys and girls are allowed to play. Companies like BookBub, ENT, and others pride themselves on providing the best literature to their growing client lists at the lowest possible prices. This provides opportunities for indie publishers that were unheard of even five years ago and considerably loosens traditional publishing’s grip on the industry.

Typically, once the contract is signed, the book no longer belongs to the author. The house decides everything from cover art to editor. That includes changes to the story and the publication, or not, of future books in the series. The publisher has full control for as long as the contract is in force, even if the book goes out of print.

The days of six figure advances aren’t over, but they have become largely mythological. In addition, royalties are considerably smaller for traditionally published authors than for the typical indie author. This is often true even for e-books, though not always. When put together with reason #1, going with a traditional publisher starts to feel a bit counterintuitive.

5. Indie publishing draws on my “I can” factor.

One of the main reasons many authors go with traditional publishing is that they don’t believe they can publish a book themselves as well as a traditional house can. It’s true that imprints like Bethany House and Hachette have a lot of resources to draw upon. But increasingly, so do indie publishers. Getting a professional editor, creating an awesome cover, and building a marketing plan are tasks any of the big five could do for an author quite well. But these are also things I can do for myself.

By networking, reaching out to professional associations like the Florida Writers Association (FWA), and committing to a writing group, I can acquire every professional service necessary to publish a book that is every bit as good, and in some cases better, than anything one of the big five has on the shelves. I’ll have to pay for it myself, either in cash or in services traded, but my profit margin per book is wider too.

Traditional publishing does have some advantages

The truth is, there are significant advantages to the traditional publishing train. Traditional houses still pack a lot of prestige, and they do sometimes provide an advance. Also, their distribution and industry contacts are unbeatable. They can get your book into brick and mortar stores, which is a herculean feat for indie authors. But such advantages are all predicated on being able to get your bags on a well-guarded train in the first place, and then doing all the things you would have to do anyway as an indie author, with less freedom and control over the ride. With indie publishing, the risks are all yours, but so are the rewards.

I’m not suggesting that traditional houses are the bad guys or that indie publishing is the best course for everyone. However, authors today do have choices, and you’re in a stronger position than ever when it comes to making decisions that will have a major effect on your career. Study the industry, make your choices carefully, and then enjoy the ride, whichever train you choose. 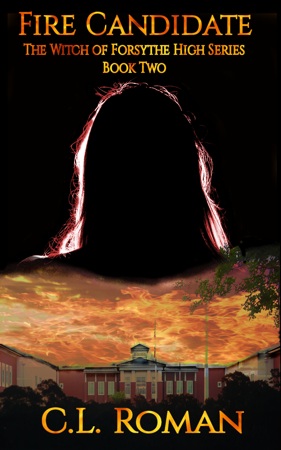 Sometimes learning to trust yourself is the hardest lesson of all…

Most girls don’t set their birthday party on fire, no matter how rebellious they feel. But Lila Stuart isn’t most girls, and she never has been. Now her brand of strange is attracting a very bad crowd. She and her family must relocate, leaving everything she knows behind.

Tracked to her new home by a predatory demi-god, Lila is sold to a human trafficking cartel that specializes in people like her, first generation angel-human hybrids with powers that could make them heroes or deadly villains.  When the cartel threatens her family, Lila must choose: serve as an assassin or live as a slave. Will she find a way out, or is the cost of fighting back just too high?  The second installment in The Witch of Forsythe High series is a fast-paced firestorm about the choices life requires of us and the consequences they bring in their wake. 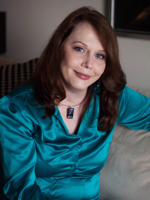 She currently has two series in the works: Rephaim and The Witch of Forsythe High. Most days you can find her on her blog, The Brass Rag, or working on her next novel or short story. She’s also on Facebook and Twitter. Cheri lives in the not-so-wilds of Northeast Florida with her husband and Jack E. Boy, the super Chihuahua.

Be sure to enter Cheri’s Rafflecopter giveaway to win a restaurant gift card or one of six e-books! And she’ll be happy to respond to questions or comments here, so fire away.

Previous Post: Top 10 Tips on How to Become a Writer