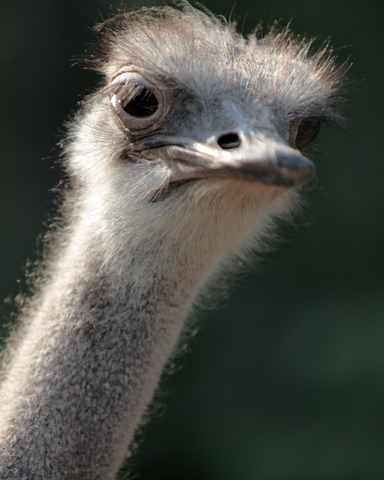 Everything you write is your opinion.

That includes “facts” that most people consider “truths”: birds fly, day turns to night, the earth is round.

On the opposite end of the spectrum are viewpoints not usually regarded as truth or that aren’t provable: aliens are watching us, vampires are real, just think of money and you’ll get rich.

And in the middle are notions, theories, and viewpoints—opinions—that are neither fact nor fiction: a woman’s place is in the home, home schooling is better than public schooling, a vegetarian diet is healthier than one that includes meat.

Some concepts are so widely believed to be true it would be downright silly to present them as opinions. If you write “In my opinion, birds fly,” readers will wonder what the joke is and when you’ll get to the punchline.

In other cases, you know your belief is just one opinion among many, and you want your readers to know you’re open-minded.

Let’s say you write, “In my opinion, watching TV more than occasionally is a waste of time.”

You stress that it’s just your opinion because, after all, you have friends and family who watch a lot of TV, and you don’t want to offend them. And you’re worried about offending readers and anyone else who watches a lot of TV.

So why write it? Who are you writing for? People who agree with you or people you want to influence?

If you want to persuade others to believe as you do, don’t detract from your position by what amounts to squeaking I know this is just my little ol’ opinion, and I don’t want to offend anyone, but I sure do hope you’ll believe me.

Just say it. Write it. If you believe it’s true, spread the word.

1. It introduces doubt into the reader’s mind

Readers might think, without even realizing it, Well, this is just an opinion, after all, and nothing I need to take seriously. It’s not a fact. And they don’t take you seriously because you don’t sound serious. You don’t sound confident. And it doesn’t sound like you did any fact-checking to support your viewpoint.

2. It weakens your point, position, or argument

“In my opinion” sounds like you’re not sure of your facts. And maybe your article isn’t about specific scientific facts. Maybe it is about opinion. But a strong opinion should be based on reasonable facts, and when you state outright that “this is just my opinion,” you’re less likely to be taken seriously.

3. It takes focus off the topic and makes the reader think about you instead of your subject matter.

If your article discusses the pros and cons of home- or unschooling and compulsory education, readers don’t benefit by a sudden arrow that points to you: “in my opinion.” The focus subtly shifts from the topic to your thought process. If your main point is  “homeschooling isn’t the best choice for parents in certain situations,” why draw attention to yourself with “in my opinion?” Either it is or it isn’t. Be sure.

In my opinion has many guises

Lack of conviction or confidence can show up in your writing with other words and phrases:

All of these detract rather than add to your writing, and your best bet is to skip what amounts to an apology.

But what if you’re wrong or other viewpoints are also valuable?

Don’t worry about it. Take a stance. State what you believe to be true or the best choice without qualifying it as your opinion. If your point is based on reason and facts, just put it out there. There’s no rule that says you can’t change your mind somewhere down the road.

Would parents giving a talk to preteens about health risks associated with alcohol tell them, “Kids, in my opinion, drinking alcoholic beverages isn’t good for young people?” Of course not. Not if you want them to stay out of your wine cabinet. Even if you wonder whether a small amount at mealtimes might remove the mystique and prevent problems down the road, allowing for alternate viewpoints might invite a discussion you’re not willing to have.

If you’re confident, your readers will be confident

Imagine you’ve crashed your bike or had some other accident. You can’t move your leg, and it hurts so bad you want to scream.

The emergency room doctor tells you, “In my opinion, you’ve apparently broken your leg. A cast would probably be a good idea.”

How much confidence would you have in that doctor? Hopefully none.

And although your writing probably won’t make a difference in whether someone’s broken leg heals properly or not, you still want readers to have confidence in you.

Why give them reason to doubt?

Be sure. Lead the way. Do a little research if you need some facts to bolster your confidence, and write boldly.

And don’t forget: ostriches don’t fly. Mentioning a factual exception to the rule doesn’t detract; it shows you’ve done your research. Whether they’re attractive or not is, of course, a matter of opinion. Stick with yours.

Anything you write is your opinion, your viewpoint, and your way of looking at things.  But there’s no need to remind your readers.

Do you tend to write “in my opinion?” Can you think of a situation when it’s appropriate? Share your opinion!

Previous Post: Why “keep on writing” and “write a lot” is crappy advice