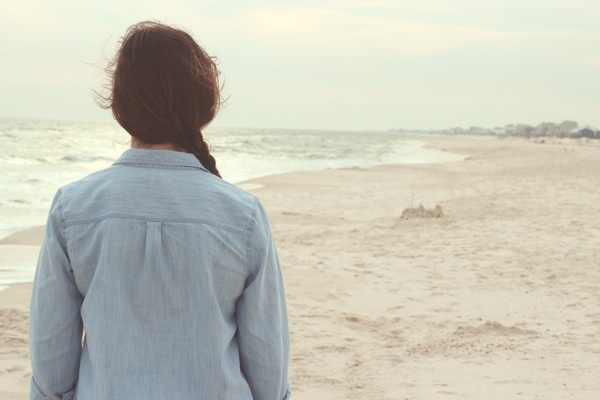 You read that right. Kill your adjectives.

The same advice goes around about adverbs. Stephen King famously wrote, in his memoir On Writing, “the road to hell is paved with adverbs.”

King doesn’t mean you shouldn’t ever use them. The point is that a carefully chosen verb packs a more powerful punch on its own. If you do use an adverb to amplify a verb, choose it carefully.

And that applies to adjectives, too. In a letter to a young friend back in 1880, Mark Twain wrote:

When you catch an adjective, kill it. No, I don’t mean utterly, but kill most of them—then the rest will be valuable. They weaken when they are close together. They give strength when they are wide apart. An adjective habit, or a wordy, diffuse, flowery habit, once fastened upon a person, is as hard to get rid of as any other vice.

Adjectives describe (modify) nouns. A noun, as you probably know, is a person, place, or thing as well as a concept, quality, substance, or activity. A noun is also the subject of a verb. Here’s a simple example.

Big is an adjective, and dog is the noun the adjective modifies. Barked is a verb with dog as its subject (Who or what barked? The dog barked.). And, of course, loudly is one of those adverbs that pave the road to hell.

There’s nothing wrong with adjectives, but using too many, especially ordinary adjectives like these, adds little to your writing.

In the photo above, is a young woman walking on a sandy beach? Or do you see a grief-stricken mother discovering a weathered sandcastle?

Why should you kill your adjectives?

Common adjectives paired with common nouns are vague and don’t always communicate the image or reading experience you want your reader to have. At worst, they’re boring. And too many can mean a confusing, lackluster story.

One option is to choose more precise adjectives.

A well-chosen adjective communicates an image that reflects a scene as you see it and as you want your reader to see it.

It’s better to use a more specific noun.

Instead of gargantuan dog, the breed of dog might be appropriate if dogs (or just this dog) play an important role in the story and the breed has already been described. A mastiff, a bull terrier, a German shepherd dog, and a Saint Bernard come to mind. You could use pit bull or doberman to communicate aggression if the story warrants, but they’re often just stereotypes (and a dog lover with a cuddly pit bull might stop reading right there).

You can also recast the sentence entirely and show the action.

An enormous canine leaped out, howling and snarling.

The old car sped down the road.

The rickety car sped down the road.

The clunker sped down the road.

The Model T sped down the road.

Which adjectives should you kill?

It’s usually the common adjectives that have to go. Here’s how to identify interpretive (usually common) and descriptive (more precise) adjectives.

Interpretive adjectives, like those in the list of common adjectives above, are imprecise. They’re open to interpretation depending on a reader’s experience.

A little boy, for example, could mean a newborn infant (Oh, it’s a darling little boy!), a toddler, a third-grader, a prepubescent boy, or even a grown man if it’s used sarcastically. Without additional information, most readers will probably imagine a boy between three and nine or ten years old. The height and build of the child come into play, too.

Little, therefore, is an interpretive adjective because it’s subject to interpretation. It’s imprecise, and readers must guess at the meaning. Do you want your readers to guess? What do you want them to know about this little boy?

Descriptive adjectives, on the other hand, are objective facts. These adjectives aren’t likely to be misinterpreted and have a better chance at communicating your intended meaning.

A long journey could mean a few days, weeks, or months.

A three-day journey means exactly that: a journey that takes three days.

A long journey is interpretive (subject to interpretation).

A bright morning could mean the sun is visible or not; maybe it’s covered with thin clouds or reflected by snow and ice which accounts for the brightness. Bright could also refer to an emotional state or atmosphere.

A sunny morning means only that the sun is visible.

A bright morning is interpretive.

A sunny morning is descriptive.

A blue sky could be almost any shade of blue, from the pale blue of a warm, humid day to an intense dark blue on a dry day or at high elevations.

A cerulean sky (or azure, cobalt, Persian blue, steel blue, or midnight blue) suggests a specific shade of blue. Even if the reader isn’t sure what cerulean looks like, those adjectives can add majesty, mystery, or a touch of the exotic that blue alone just can’t do.

A blue sky is interpretive.

A cerulean sky is descriptive.

A beautiful woman can mean anything—inner beauty, outer beauty, slender, voluptuous, petite, athletic, curvy, toned/muscled or not, model-like—beauty is, after all, in the eye of the beholder.

An elegant woman suggests a woman who moves gracefully, dresses stylishly, and grooms herself impeccably. (Should I kill those adverbs?)

A beautiful woman is interpretive.

An elegant woman is descriptive.

Granted, beautiful covers a lot more than elegant. But it’s vague, and it could mean anything.

Too many interpretive adjectives create muddled, vague, or confusing scenes. They can also make your writing appear immature.

Take a look at this sentence.

The beautiful woman strolled along the sandy beach with a little boy. Suddenly, a big dog barked loudly.

What image comes to mind? Think about it before reading on.

Here’s what I see in my mind’s eye.

I envision a tall, slender woman with glossy dark hair and brown skin. The little boy is a nondescript child with tousled brown hair about six years old. They walk together on a typical beach, but they aren’t close—maybe five or ten feet away from each other. Some sort of mixed-breed dog barks at something in the water.

Since I follow Iman (the model) on Facebook and have always thought she’s beautiful (gorgeous? stunning?), that’s who came to mind. The little boy—maybe one of my brothers when he was a kid. The rest is hazy.

You’d have to be some sort of psychic zoomed into my brain if you imagined the same thing.

If an adjective seems necessary, select one that provides an accurate description of the noun it’s modifying and adds meaning to the entire scene and story.

A steel blue or midnight blue sky might be perfect in a crime or mystery novel, but a powder blue or baby blue sky probably wouldn’t be.

Gravelly, rocky, gritty, powdery, sugary, wet, or muddy describes a beach far better than sandy since any reader knows a beach usually means sand. Plus, a good adjective can add to a scene.

Would a romantic encounter take place on a gritty or gravelly beach? Probably not, depending on the genre and situation, but it could add interest. A “sweet” YA romance novel, however, would probably feature a first kiss on a powdery or sugary beach although a rocky beach could add a bit of interest if it fits with the locale.

Sometimes, a simple noun is all you need. If a scene takes place on a Hawaiian island, beach by itself might be fine if Hawaiian beaches have already been described. Unless, of course, your characters visit a sparkling, black-sand volcanic beach for the first time.

Your writing will be better if you skip most adjectives and use a strong noun instead.

But a more specific noun is almost always better. And don’t hesitate to use a thesaurus. I use one all the time. Either I right click on a word to bring up my writing app’s suggested synonyms or thesaurus, or I use Thesaurus.com or Merriam-Webster’s thesaurus.

Here are a few examples of replacing a weak noun+adjective with a stronger noun.

A difficult problem might be a quandary, a complication, a dilemma, or a predicament.

A habitual liar might be a prevaricator, a fabricator, a deceiver, or a trickster.

A beach could be the coast, the waterfront, the lakefront, the seaside, or a shoal. In Philadelphia and New Jersey, where I’m from, nobody ever goes to the beach. We go “down the shore.”

You get the picture. Use common, interpretive adjectives sparingly, if at all. Use more specific, descriptive adjectives when necessary. But your best bet is always to use a strong noun that means exactly what you want it to mean

Kill your adjectives for practice. Try this.

Choose a page or two from a rough draft or a completed short story or novel. This applies to non-fiction, too, if you tend to overuse adjectives. Save it as a separate doc or duplicate and kill your adjectives. What’s left? Is your meaning clear in all cases?

If removing adjectives means readers won’t know what you mean, replace nouns with stronger choices. You might need to add a few descriptive adjectives for clarity in some cases, but with fewer adjectives, you should end up with much better writing.

Comments and questions are welcome!

Photo by Zack Minor on Unsplash