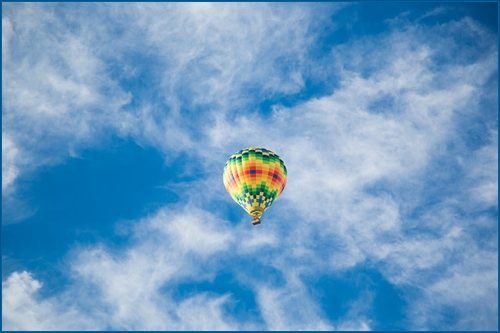 We are capable of so much more than we give ourselves credit for. Most things are not as impossible as we think. The only way to find out is to try. —Scott Dinsmore

Someone I didn’t know died in a freak accident a few days ago. I got the news from someone else I don’t know, someone I follow on Facebook though we’ve never met.

Today I’ve read countless outpourings of grief and memories, heartbreak and denial, anger and even rage, almost all written by people I don’t know. I’ve gazed at photos featuring smiling, happy people in familiar and unfamiliar places. People I don’t know—but I do know them. People I know even better, in many ways, than my own family or friends in real life.

And I’ve been on the verge of tears all day. Sometimes they spill over. Like right now.

But that’s how the blogosphere works. You know people because you read what they write. They share a big part of themselves, personal parts, to move you, inspire you, to help you grow. And you feel like you know them, and they know you. But you don’t, and they don’t. But you do. They do.

Scott Dinsmore of Live Your Legend was living his legend—climbing Mt. Kilimanjaro with his wife— when the accident occurred. They were on a trip around the world for a year, and they were more than halfway through when tragedy struck.

That’s all I know.

I met Scott—if you want to call it that—five years ago in a course for bloggers run by Leo Babauta and Mary Jaksch. He had a website called Reading for Your Success.

As an avid reader myself, I knew he was on to something, and I told him so in the forum. I loved the idea, but it didn’t have the right focus or the right sound to it. He wanted to help people live the lives they wanted to live, but encouraging them to read books, no matter how good they are, wasn’t the way to go. He had to find a better angle.

And he did. He found it in Living Your Legend: Change the World by Doing Work You Love. Suddenly, his new project was taking off, and it wasn’t long before subscriptions were out the roof. He redesigned his site, got professional photos done, did a Ted Talk, and soared toward the pinnacle of blogging success.

Now Scott was helping people and giving them what they need. Leadership. A community. A goal. An example to follow. Inspiration. Proof it could be done. He was a friend to many and living the way he wanted to live.

He followed the rules of his revolution and his own advice:

Push the limits, test what’s possible. Be the change you want to see in the world.

What about you? Are you doing work you love? Do you “surround yourself with the people who make it possible?”

If you’re like many writers, you live your fear instead of living your life—and your legend. Or you live other people’s expectations and set aside those precious plans to write that book, pen that novel, or start that blog.

Maybe you numb yourself with the TV instead of writing. Maybe you laugh it up with friends or get involved in the drama of people who have no clue about your deadened dreams. Or you work at a job you hate so you can keep that shiny car, the house, the clothes, the whatever that has nothing to do with writing and living your legend.

True, some of your distractions might be unavoidable. You have a family, your parents need help, or you have bills so you stick with your job to pay them. I myself have an elderly dog with heart disease and other issues, and the time I spend on his care, vet visits, and a million small details is wrecking my schedule and holding me back. But it’s a work of love and a responsibility I take seriously.

Every free minute I have, though, is spent on writing and the tasks that go with it. Well, usually.

Are you clearing the way to write your legend?

Paying down those bills? Cutting expenses if you need to? Carving out an hour or two from your day, every day, to pursue your dream? Reorganizing your life? Finding work or creating a business that allows you to write? Doing whatever you have to do?

Even though he’s gone, you can still take inspiration from Scott. From a song he called his rallying cry, here’s his favorite line:

“If you follow your heart and act real bold, next time it’ll be your story that’s told.”

We get so little time to make things happen. Seven or eight decades, if we’re lucky.

If you’re a little older than some of us, you know this. If you’re pretty young or have never faced death and grief, you might still think you’re immortal. Heck, I still do sometimes. We can’t go around thinking we’re going to die any second, after all. It’s too depressing. We have to live.

Scott Dinsmore was young: only 32. I don’t think he thought he was immortal, though. I think his inspiration was his knowledge that we only get a very short, precious span of time to make things happen. That’s all we get. And we don’t know how long that will be.

Scott’s last blog post gave me chills when I re-read it:

I’m Going Off the Grid: Therapy for an Addicted & Over-Connected World

Off the grid forever and on to his destiny. He couldn’t have foreseen the tragic irony in those words, but the post seems fitting. He saw a problem, and he decided to take charge. He was living his legend.

But I do know you. You’re just like me. And you know me because I’m just like you. We have dreams, and we have goals, and they’re hard to reach. We all have challenges, unique though they may be. I’m sure Scott had plenty. We’re all human, after all.

What makes us different is whether we rise above our challenges and obstacles or not.

Take Scott’s words to heart. Let him in, even if you’ve never heard of him before you read this. Get to know him. He’s gone (I can’t believe I’m writing this), but I know he’d appreciate that. Take some time to browse around his blog, read what he’s written. Let his words inspire you.

Live your life the way you really want to, not the way you’re pressured to or because you’re discouraged to move beyond it. “Invest the time and energy to know who you are,” and start from there.

Live your legend. Take charge. Make decisions that matter. Take the steps to be the writer you want to be and screw the rest. To hell with the rest. Life is short. Don’t live your fears or your hangups or worry what other people might think. “Push your limits. Be the change.” Just do it.

From one of Scott’s theme songs:

“When I leave this world, I’ll leave no regrets. Leave something to remember, so they won’t forget. I was here.”

Scott Dinsmore, I Will Miss You Forever
Corbett Barr

Next Post: 10 Tips to Prepare for National Novel Writing Month