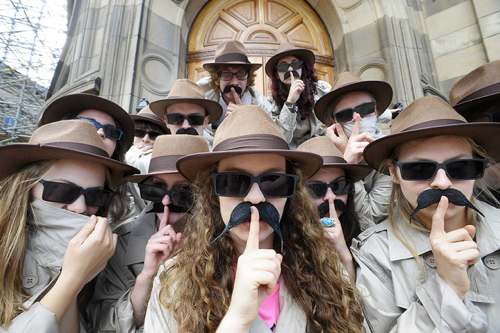 What’s that? You don’t know where to put a comma in that sentence?

You don’t know how to quote someone, set up dialogue, or format a manuscript?

Oh, heartbreaker, say it ain’t so!

You might have wondered, at one point or another, how experienced writers know what they know.

Take me, for example. I know grammar and punctuation like I know the tops of my big toes. You don’t think I learned all that in school, do you?

Well, I did learn a lot in school though not much about toes.

But the hardcore learning took place on the job as a freelance writer and, later, as a copyeditor. I’m still learning and always will be.

Shhhhh. Don’t tell anyone, but here’s the thing:

Whenever I have a question about grammar, punctuation, or even manuscript formatting or copyright issues, I go to my super secret resource.

Do you have a resource that’s available any time of the day or night? If you don’t, you should.

Smart writers use a style guide

The secret resource is a style guide or style manual.

Style guides aren’t that big of a secret, but plenty of writers (maybe you?) don’t know about them, don’t know what they are, or don’t know which one to use.

Some even think style guides are stupid or a form of cheating, but they’re an essential resource for all smart writers.

Style guides are like bibles for writers, editors, and publishers. They’re a set of standards and best practices for writing, editing, and formatting in various professions and disciplines. And they’re similar when it comes to the basics.

But with language being the fickle thing it is, somebody has to keep some order.

If we didn’t have style guides—or dictionaries, for that matter—written language would be so inconsistent we’d have literary chaos. And writers would be playing a guessing game.

Smart writers are familiar with at least two style guides

It was one of the first American style guides and the first edition of The Chicago Manual of Style, which is now in its 16th edition. It’s become the author and book publisher’s authority, and it’s available in printed form and online.

In 1953, the Associated Press published the first edition of The Associated Press Stylebook and Briefing on Media Law as we know it today. Called AP Stylebook for short, it’s the bible for journalists, newspaper reporters, and public relations professionals among others.

Many other style guides exist; in fact, every academic discipline adheres to one. And guides are available for English as it’s written in various countries.

For writers and editors of British English, The Oxford Style Manual and the BBC News style guide are popular.

In Australia, writers can refer to Style Manual: For Authors, Editors and Printers.

And in New Zealand, various guides exist for different purposes. One is the The Govt.nz style guide. Another is The Write Style Guide for New Zealanders.

Check here for Guides by Style and Discipline and here for guides grouped by profession.

If you’re a blogger or any type of writer who uses American English, you have two main choices.

The AP Style Guide or The Chicago Manual of Style.

If your blogging niche has anything to do with the news, you might want to go with the AP Style Guide. “The news” could mean almost any topic you’d find in an online news source or a big city newspaper: current events, fashion news, and celebrity gossip, to name just a few.

Almost everyone else—especially fiction and non-fiction book authors or authors-to-be—can feel confident about using The Chicago Manual of Style.

A big exception is freelance writers and editors who often must abide by an organization’s style guide or “house style.” Always ask what guide a client uses, if any. And follow it, even if it’s not your own.

Smart writers know the main differences between Chicago and AP

In addition to the academic fields or industries that prefer them, The Chicago Manual of Style and the AP Stylebook have other big differences and many that are less obvious.

Which style guide should smart writers like you choose?

Smart writers stick with one style guide for consistency. But it never hurts to check recommendations in another guide, and it’s not a crime to make your own decision on a particular issue.

For example, Chicago (my style guide) prefers to spell out numbers up to and including ninety-nine. I prefer to spell them out up to nine and use numbers (digits) after that. The important thing is to be consistent with your choice unless it looks silly, which it would if I had 9 apples and ten pears (and Chicago agrees).

Pick the guide that’s best suited to the kind of writing you do, but if you’re unsure or don’t fit into any particular category, I recommend The Chicago Manual of Style.

Why? It covers almost anything you’ll ever need as a writer and they have an online version that’s great. You can make notes, mark pages or entries, and email a particular rule to a client or fellow writer as proof you know what you’re talking about.

Plus it’s what I use, of course, and Chicago worships Oxford commas as much as I do.

Oh, honeychile, say it ain’t so!

Musical inspiration credit (for your listening pleasure): Weezer: “Say it ain’t so”

Previous Post: What’s the difference between editing and proofreading?

Next Post: To hell with writing excuses! Flip your switch on