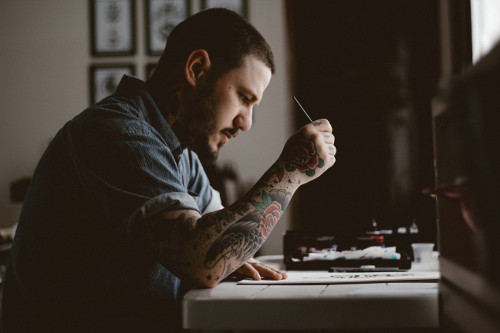 You’ve probably heard the advice “write what you know.”

And a lot of beginning writers assume it means they should write about their lives.

Let’s say you’re a veterinarian or a business owner. If you write a non-fiction book on pet care or how to start a business on a shoestring, you’re writing what you know. Of course.

And if you’re a pretty good writer with a fair idea of what a non-fiction book should look like (plus a great editor and a bit of luck), you might have a bestseller.

But when it comes to fiction, writing what you know isn’t as clear. The advice is confusing and misleading, at best.

I wrote a blog post on this a while back: Write Your Truth and Skip ‘Write What You Know. But that piece only skims the surface.

You can also read conflicting advice from 31 well-known authors and try to get a sense of what it all means for you and your writing. But none of them agree, so where does that leave you?

Write what you know has become a cliché.

It might sound good, but what does it mean?

For starters, write what you know does not mean creating a fictionalized account of your life or some part of it, nor does it mean autobiography. (Memoirs are in a class of their own.)

It could, however, mean you write on themes and subjects you’re familiar with, as I point out in the blog post mentioned above.

But even if you take Brett Anthony Johnston’s advice and write what you don’t know, you might be surprised.

I’ve been thinking about this since I wrote my recent novella That’s Ms. Santa. The story has nothing to do with my own life or anything I’ve experienced. Or so I thought.

True, I got the idea from an actual event. My inspiration was a friend’s Facebook post, and that short post (reworded) also became the main character’s inspiration.

Other than that, there’s nothing in the book that’s autobiographical. I’ve never lived in Bryn Mawr, I don’t have a mother pressuring me to get married, and I don’t have a big extended family or huge holiday dinners in a big house. I’ve never dressed up as Santa, and the dating experiences I wrote about are completely fictional.

Sure, I lived in the Philadelphia area for a long time, so the setting is familiar and something I know. I did have to check a map to be certain of a few details, however.

But wait a minute. Maybe I did write what I know. At least a little.

I have dated, of course, and I’ve had serious relationships, break-ups, love at first sight, and all that. So, come to think of it, I know about this stuff. Who doesn’t?

But that’s about it as far as writing what I know goes. Ahem.

Digging a bit deeper, why did I create characters who had secret, middle school crushes on each other? Where did I get the idea that Jeremy went to a private school after ninth grade? Why did I put Jeremy in the same room as Brett (Lexi’s ex) and Lexi?

I wrote the rough draft quickly and spent twice as much time editing. As intent as I was in making sure the story works, I didn’t question where the ideas came from. Who cares? I just made it up as I went along (or it just played out like a film in my head, as these things do).

But I’ve been having little clicks in my mind. Like POP! Sudden realizations.

My closest middle school friend (a girl) went away to boarding school in ninth grade. And I also had a crush on a cute guy in middle school, although it wasn’t a big deal. I forgot all about that stuff!

As for Jeremy (the good guy) in the same room with Brett (insensitive ex-boyfriend)—it seems that was lurking in my subconscious somewhere. A long while back, I, too, was dumped unexpectedly. It wasn’t the same way Lexi was dumped, but it’s similar in that there was no discussion; he just walked.

Then, a few months later while out with a close (male) friend, my ex was there, and I was upset. My friend had my back, though, and just like Jeremy does, he pronounced my ex a total good-for-nothing jerk. In stronger language, mind you.

And here’s the interesting thing: I’ve recently been in touch with a group of women I went to elementary and middle school with and hadn’t seen in years, including the friend who went away to boarding school. And I asked everyone about my middle school crush; I’d heard he’d died young in a car accident, but I didn’t know the details.

On top of that, I recently had a couple long chats with my friend who had been out with me that night, and we made plans for him to visit, just like the old days. And I recalled how supportive and understanding he was that night when I unexpectedly came face-to-face with my ex.

So all this stuff was dug up and lurking around as I wrote. And I didn’t even realize it as I wrote, but there it is. I’ll bet there’s more, too.

It seems “write what you know” might be unavoidable. I’d even venture to say we can’t write anything we don’t know. How can we? Where would it come from?

What about your writing? Do you write what you know?

Grab your copy of That’s Ms. Santa on Amazon. 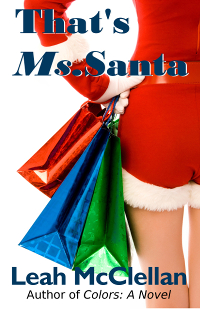