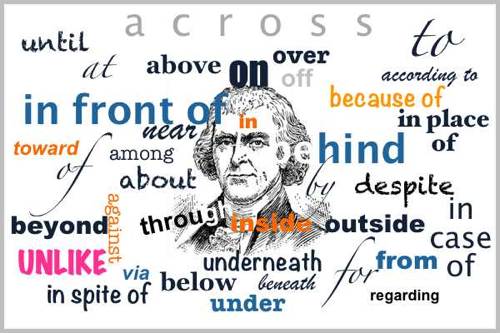 Ever hear the advice to cut your final draft by 10%? It’s a writing trick usually attributed to Stephen King in On Writing, but it probably goes back to the ancient Greeks. Or at least Thomas Jefferson, who wrote “The most valuable of all talents is never using two words when one will do.”

At best, wordiness means your message isn’t clear and precise. It means your reader sifts through weak words looking for big ideas. It means the image you’ve created isn’t what you intended.

Wordy writing is clunky, flabby, fluffy, padded, awkward, vague, and weak. And at worst, verbosity results in confused readers who click the back button.

You need a good writing trick.

Your goal is to use as few words as possible to communicate meaning—no more, no less. That could mean 500 words for a blog post or 3,000. A 20,000-word ebook or a 100,000-word novel. Concise doesn’t necessarily mean short. It means no wasted words.

Now you might believe your finished piece is stripped down to the core. Nothing’s left. But you can still slash the word count by 10% and improve your writing with this simple trick:

That’s right. When you remove prepositions—and their corresponding objects that form a prepositional phrase—you cut at least one word and often two or more. It’s a fabulous writing trick that every writer should know.

The Chicago Manual of Style defines a preposition as “a word or phrase that links an object and an antecedent to show the relationship between them.”

Here are some common one-word prepositions:

about, above, across, after, against, along, among, around, at, before, behind, below, beneath, beside, between, beyond, but, by, despite, down, during, except, for, from, in, inside, into, like, near, of, off, on, onto, out, outside, over, past, since, through, throughout, till, to, toward, under, underneath, until, up, upon, with, within, without

And these multiple-word prepositions are guaranteed to send your word count sky high:

according to, ahead of, apart from, as for, as of, as per, as regards, aside from, back to, because of, close to, due to, except for, far from, in to (or into), inside of, instead of, left of, near to, next to, on to (or onto), out from, out of, outside of, owing to, prior to, pursuant to, regardless of, right of, subsequent to, thanks to, that of, as opposed to, as far as, as soon as, by means of, for the sake of, in accordance with, in addition to, in case of, in front of, in lieu of, in order to, in place of, in point of, in spite of, on account of, on behalf of, on top of, with regard to, with respect to, with a view to

Now, remember the definition above? A preposition is “a word or phrase that links an object and an antecedent to show the relationship between them.” That means a preposition is worthless alone; for starters, it needs an object (a focus, something to point to).

A preposition and its object (a noun or a word/phrase functioning as a noun) form a prepositional phrase.

And this phrase adds meaning to the antecedent—the word or group of words that comes just before the prepositional phrase.

The box is on top.
The box is on top of the cabinet.
She ate below the deck.
Her generosity was without limits.
Give the sandwich to that guy.
He’s the CEO of the company.
The ketchup dripped on the sides of the table.
The cat hid under the sofa.
Her demotion is in accordance with company policy.
She emailed a warning in regard to the approaching storm.
He eats dinner after he goes running.
That can wait until I get home.
She was fired on account of her excessive tardiness.

Prepositions act as adjectives and answer the question which one?

Get the cat out of the living room.
Which cat? The cat that’s under the sofa.

Give the sandwich to that guy.
Which guy? Tom, who is the CEO of the company.

They can also act as adverbs to describe when, how, why, or where.

Rebecca was fired.
Why was Rebecca fired? She was fired on account of her excessive tardiness.

Juan enjoys a healthy dinner.
When does he eat dinner? He eats dinner after he goes running.

You get the picture.

Prepositions are useful, but they carry no intrinsic meaning. And when they’re removed, we’re forced to find better, more descriptive words.

Eliminate prepositions and reduce your word count by 10% or more.

This writing trick doesn’t require high-level grammar expertise. Just use your word processing app’s “find and replace” tool to locate the most common prepositions like of, in, to, for, and at.

Be sure to enter a blank space before and after the preposition to avoid results like off or often and attack or attic.

Then examine each prepositional phrase you find, and see if you can replace it with something shorter and more precise.

Here are some examples:

How you reword the sentence depends on context.

Again, the rewording can vary. If “company” was mentioned previously, no need to repeat it.

He eats dinner after he goes running.
He runs, then he eats dinner.
Running is Juan’s priority.

Sometimes exchanging one preposition for another shortens and improves the sentence, like this:

Or just reword the sentence and, if that means another preposition, don’t worry about it. The goal is crafting a sentence that’s shorter, better, and works within your context.

He eats dinner after he goes running.
Running first, then dinner for Juan.

Use your word processing app’s “find and replace” tool to see how bad it is. Go ahead. Pick a blog post, an article, a chapter of a novel. Run a search. Try of, on, for, and in. How many can you find?

Now get to work on rewording those sentences without the prepositions. Check your word count first and calculate 10%. For example, 10% of 1650 is 165. Can you chop 165 words and take it down to 1485? If you’re like most writers, you’ll easily hit 10%. You might have prepositions left over, but your writing will be stronger, smarter, sharper, and snappier.

Previous Post: How to reach your writing goals in 2015