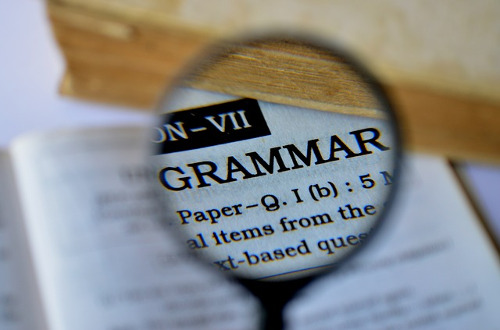 Most writers, at some point or another, wonder whether to use that or which.

You might try it one way and then another to see what sounds better, then you change it back, but something’s still wrong. So you add a comma or two, but that doesn’t sound right either. It’s enough to drive you batty!

Knowing when to use that or which is pretty simple, believe it or not. All you have to do is take a few minutes to learn the rules.

The short version of the rules for that or which

The long version means getting into pronouns and commas and all sorts of stuff to turn you into a grammar expert. But that’s probably not what you need right now, so here you go.

“Restrictive” means the information limits (restricts) the meaning of the word or phrase it refers to.

“Non-restrictive” means the information doesn’t limit (does not restrict) the meaning of the word or phrase.

A few examples of that or which in sentences.

Imagine giving a friend directions to your home.

Bright red sidewalks identify the street, and it’s the only street that has them. This information restricts the meaning of “the street,” and it’s a feature your friend will rely upon.

See how easy that is? I don’t know about you, but I like to stick with the rules because it keeps things simple.

The rules have an exception.

Some writers, especially British writers, tend to use which in the restrictive sense. That’s not usually a problem if the information is not set off with commas.

Clear: The street which has bright red sidewalks is my street.

The lack of commas helps clarify that it’s restrictive information, even though “that” is preferred over “which” in a case like this. Your friend, however, will know to look for bright red sidewalks, assuming he or she is close by.

Unclear: The street, which has bright red sidewalks, is my street.

As a test, remove the extra information (indicated by commas) “which has bright red sidewalks.” Without it, you’re left with “The street is my street.” Which street are you talking about and do other streets have bright red sidewalks? Is this the only one? This is how you can tell information is restrictive and that it shouldn’t have commas.

Remember how to use that or which with these mnemonics.

Mnemonics—memory aids—help you remember complex information. (Does anyone know a mnemonic for how to spell mnemonic?) Back in college, the first one below was a big help.

A few more examples of that or which.

Which ones are restrictive, and which are non-restrictive? (Answers are below.)

And here’s a quick review.

Use “that” when the information it introduces is essential to the meaning. This is the restrictive sense and should not have commas.

On the other hand, use “which” when the information is non-essential to meaning. This is the non-restrictive sense, and you should set this information apart with commas to show it’s extra or “parenthetical” information (as if it’s in parentheses).

Information is based on The Chicago Manual of Style, 6.22, and the entry for “that; which” in the “Glossary of Problematic Words and Phrases.”