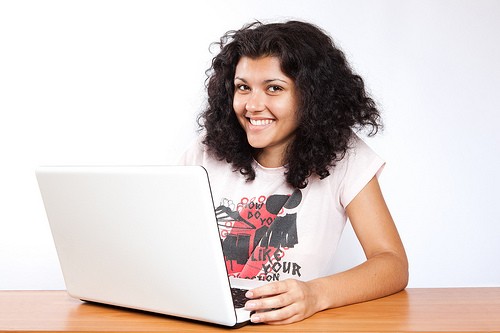 Did you take the Simple Writing comma quiz? If not, you might want to give it a whirl before reading on.

And that means a lot of people know their commas. Congrats!

But it also means others just aren’t sure. And what do clumsy commas look like in a blog post or any other kind of writing?

Not too bad, writers. But not so good, either.

Here’s the secret trick to mastering most commas

Surprise, surprise. You don’t have to just memorize a bunch of comma rules. What you do need to understand, though, is sentence structure. And that’s something teachers and professors rarely explain.

And no, it’s not about memorizing compound, complex, or compound-complex sentences either. I was never able to get that straight and couldn’t explain it now if my life depended on it.

An independent clause is a complete sentence that can stand on its own.

Forget what you probably learned in school about “complete thoughts” and whatever other vague stuff that requires guesswork.

A sentence is “complete” when it contains both a subject and a verb that create meaning together. In addition, even if you take away all other words in the sentence, the subject and verb make sense (even if it’s not something you’d normally say or write).

These examples are all independent clauses (complete sentences) even though they’re pretty short and simple.

The dog ran. (Dog is the subject, and ran is the verb.)

Billy threw the ball. (Billy is the subject, and threw is the verb.)

He charged down the street. (He is the subject, and charged is the verb.)

Subjects are always a noun, a pronoun, or a word or phrase functioning as a noun. And they can be simple (one noun/pronoun) or compound (two or more nouns/pronouns)

Remember, a noun is a person, place, thing, or idea. And a pronoun replaces a noun: I, you, he, she, it, we, they, that, this, and so on. Running, to read and to write, or search engine optimization can also be subjects.

Verbs are words that show action (action verbs). They can be simple or compound, and they can also show a state of being and rename or identify the subject (linking verbs).

Note: When discussing the main subjects and verbs in a sentence, the verb is often called the predicate. I’m sticking with verb here just to keep things simple.

Take a look at these examples:

In the sentences above, ran, threw, charged, help, love, killed, and ate are action verbs. Seemed and is, on the other hand, are linking verbs.

A dependent (or subordinate) clause is a group of words with a subject and a verb that might look like a complete sentence, but it’s not. It can’t stand alone as a sentence because it’s used with a subordinating conjunction.

Check out the following examples:

Since Maria and Troy love to go shopping. (Since what?)

When the dog ran. (What did he do when he ran?)

Do you see how each sentence has a subject and a verb? They look like complete sentences, but they’re not because they’re missing information. Plus, they just don’t sound right, do they?

Take a look at these:

The dog didn’t run even though Billy threw the ball.

Since Maria and Troy love to go shopping, they won’t mind picking up those gifts.

When the dog ran, Billy threw the ball.

I got an A on the test as long as “to be or not to be” is Hamlet’s question.

One more thing you need to know

Now let’s use the secret trick with your commas

Three common situations in which commas should or should not be used:

1. Use a comma between two independent clauses joined by a coordinating conjunction such as and, or, nor, for, so, yet, and but.

Billy threw the ball, and the dog ran.
Maria and Troy love to go shopping, but they don’t like malls.
I got three questions wrong on the test, so my grade was lower than what I hoped for.

On each side of the comma is an independent clause. Either one could stand alone, but they work well together because the information they provide is closely related. Plus, they’re equal in rank, and they’re joined with a coordinating conjunction that doesn’t change their independent status or add a lot of extra meaning.

A way to remember this comma situation is to think of two independent clauses as adults or roommates: they need their space. A room of their own. Give them a door—a comma.

The dog ran because Billy threw the ball.
They like to go shopping although they don’t like malls.
My grade was lower than what I hoped for even though I studied hard.

In these examples, the information on both sides of the subordinating conjunction is important, but one side (the dependent clause) is incomplete even though it gives additional information about the other side.

Think of this situation as an adult and a child: don’t separate them. The child adds meaning to the adult, but he or she is dependent and not able to stand alone.

3. Use a comma after an introductory clause (which is always a dependent clause).

After Billy threw the ball, the dog ran.
Although I had studied hard, my grade was lower than what I hoped for.
Even though they don’t like malls, Maria and Troy love to go shopping.

Introductory clauses are dependent clauses used to introduce and add meaning to independent clauses. If you compare the third set of sentences with the second set, you can see how you can switch them around.

Commas are used in many other situations.

This is by no means a complete list of every situation in which commas are used in sentences or in other situations, such as lists.

But if you understand subjects and verbs, independent and dependent clauses, and coordinating and subordinating conjunctions, you’ll be able to master comma usage. And not just commas—you’ll also get an upper hand on semi-colons and even colons.

Don’t forget to take the comma quiz! If you already took it, go ahead and retake it; that’s not a problem. If you didn’t do so well the first time around, I’m sure you’ll do better this time (and bring that average score up!)

If you want more in-depth information on commas plus semi-colons and colons, be sure to grab a copy of The Simple Writing Writer’s Guide. It’s free, and you’ll get more on the “secret trick” as well as additional punctuation situations. Plus a load of great tips and tricks for proofreading your own writing.

Next Post: Conquer your fear of writing with small steps