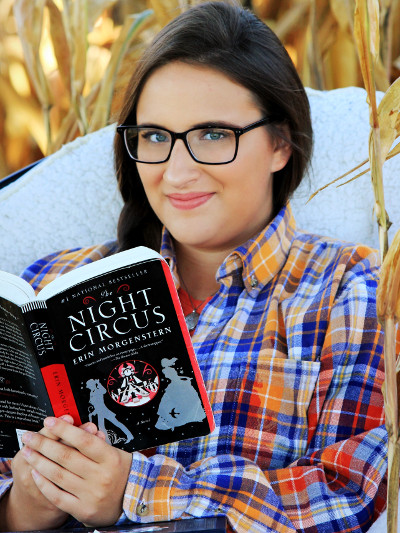 The first few pages of a manuscript—even a paragraph or two of an article or blog post—make an announcement: This writer is a reader. Or not.

It’s easy to see the difference. A non-reader’s opening pages often lack clarity or they’re a backstory info-dump. They might be muddled with too much description or head-hopping (mixed up point-of-view), or they’re riddled with grammar and spelling problems along with easily-fixed typos.

Some of that’s not unusual for beginning writers. But avid readers, in general, won’t request beta reading or editing until it’s a bit polished, and that’s because they know what solid writing looks like. Plus, from constant immersion, they’re brimming with high-level storytelling techniques and write almost instinctively. Sure, their rough drafts will be just that—rough—but the drafts typically have more substance and potential than those of non-readers.

Writers should read widely and across genres.

He’s right. There’s no way to write—or write well—if you don’t read. How will you recognize a good novel, short story, or poem if you’ve never read one? What will you aspire to in your own writing?

If you’re a writer—someone who wants to become an author—you need to read what others have written. Simple as that.

Think about it: Can someone play an instrument and become a musician without having heard or experienced a musical composition? I don’t mean deaf people, since they experience music as much as anyone else, albeit differently from hearing people.

But accomplished musicians, modern or classical, spend time listening to music, and all admit to certain musicians or bands that have influenced them. But when they compose music and songs of their own, they express themselves in a unique way even while using the same notes, chords, and progressions of musicians that came before him.

The same thing applies to painters and all creative people. Studying the work of others and those who came before them is essential for success.

Writers should read to learn from the masters and enrich their writing.

The novel is a beautiful, fictional account of unspeakable hardship and love during the Nazi occupation of Poland during WWII, but it’s inspired by her own family history. She researched facts carefully, which required a lot of reading, of course, but the story itself is unique (and one of the best I’ve read in a long time).

Moreover, Rimmer’s writing style and skills are well-developed, but she wasn’t born with them. She learned the necessary skills, and her extensive reading played a vital role. Here’s a partial list of Kelly Rimmer’s recent reads.

The poetry of this Nobel Prize-winning poet, especially The Wasteland, clearly reflects his reading of the classics such as Shakespeare’s Anthony and Cleopatra and The Tempest, Milton’s Paradise Lost, Dante’s The Divine Comedy, and Homer’s The Odyssey. The poem, in fact, could not exist without them and many others.

It’s not an easy poem to unravel with all the references; I spent half a semester on it in college. Some say Eliot is pretentious, but I believe he simply wrote what he knew, and that includes what he read. Here’s a fascinating chart of references in The Wasteland.

David Bowie (1947-2016), though a musician and performer, was also a prolific songwriter.

He said “he would have written novels” if he hadn’t become a musician and called his songs “little stories set to music.” Like Eliot, his often mysterious lyrics with obscure meanings don’t make much sense until you understand the references.

Here’s an extreme example. It’s a gorgeous song, but what the heck is he saying?

You viddy at the Cheena
Choodesny with the red rot
Libbilubbing litso-fitso
Devotchka watch her garbles
Spatchko at the rozz-shop
Split a ded from his deng deng
Viddy viddy at the cheena
—from Blackstar (2016), Girl Loves Me

If you know the fictional Nadsat language from A Clockwork Orange, a bit of British slang, and a touch of the secret language that circus performers, gay, and other people used to use (and still do to some extent), you catch on pretty quickly.

In other songs, the literary influences and references are obvious. “1984” from the Diamond Dogs album is one (Nineteen Eighty-Four: A Novel by George Orwell), while “Big Brother” stands out as another obvious nod to the novel.

Lyrics and references from the Ziggy album, however, aren’t as clear. For example, the final lines “Gimee your hands” in “Rock’n’Roll Suicide” refer to Puck’s monologue in Shakespeare’s A Midsummer Night’s Dream.

Part of Bowie’s appeal has been his focus on universal themes that anyone can sense in his music and lyrics, even if we aren’t aware of the specific references. Bowie’s list of 100 recommended books is a great goal for ambitious readers!

Great writers read. It’s as simple as that.

If you’re already a voracious reader, keep it up. Read more and study it from all angles. But if you don’t already make time for reading, you should.

Reading deepens your understanding of your subject matter, and that can mean better, richer writing than you’d otherwise be capable of. Even if you don’t use every tidbit you learn, your knowledge will improve your writing, guaranteed.

19 Books to Read in Honor of Black History Month

Kelly Rimmer The Things We Cannot Say  (Outstanding; one of my favorites.)

Photo by Sheri Hooley on Unsplash
Disclosure: Some of the links in this post are affiliate links, and if you make a purchase I will earn a small commission. The links are for your convenience, and the commission doesn’t change the price. Whether or not you decide to buy something is completely up to you.

Next Post: How to Focus When You Feel Frazzled